Kevin was a firefighter in the Rockford Fire Department for 24 years. In 1984 he received is associate’s degree in fire science from Rock Valley College. He then completed course-work in fire service administration and technology at Western Illinois University, receiving his bachelor’s degree in fire science in December 1990. While completed these degrees, he attained the rank of lieutenant in January 1987, captain in January 1993 and district chief in January 1996. Kevin was one of the youngest every to hold that rank.

He also worked for Bill Doran Co. Member of Trinity Lutheran Church, Big Brothers, Crime Stoppers and Make-a-Wish Foundation. He was an individual dedicated to his job, but always ready with a smile and a laugh. 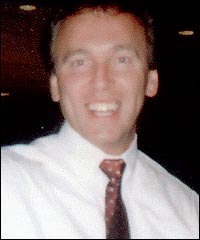