Jean was employed as a Rockford Fire Department 911 Dispatch Supervisor, retiring in 1995. Her many hobbies included playing Bingo, doing jigsaw puzzles, gambling, watching Little House on the Prairie and the Food Network. Jean was an excellent cook and baker. She loved spending time with her family and was an excellent and loving, wife, mother, grandmother, and great grandmother.

She was predeceased by her parents; brothers, William Meyers and Robert Meyers; sister, Barbara Meyers; and step daughter, Donna Bonifacio. 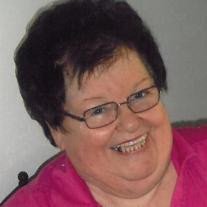