John H. ‘Herm Schultz, 81 BELVIDERE – John H. “Herm” Schultz, 81, died at 8:50 a.m. Thursday, Sept. 16, in Homebridge Center after a courageous battle with cancer. Born Jan. 11, 1929, the son of Ray and Elfrieda Schultz. He married his high school sweetheart, Geanelle Sundberg, on Aug. 20, 1948. John served in the Navy on the USS Randolph after high school before joining the Rockford Fire Department in 1955. He retired from the department in 1980 as a captain. He also served as a chaplain of the Navy Club in Rockford. John is survived by children, Steve (Debbie) Schultz, Sue (Jack) McCarren, Ray (Rose) Schultz, all of Rockford, and Sandy Kirk of North Carolina; grandchildren, Nikki (Jarrod) Nowling, Carrie (Chad) Eklund, Julie (Eric) Christiansen, Krista Schultz (Mike Anderson), John (Diana) Schultz, Michael and Matt Mazur and Alex Kirk; and eight great-grand-children. Predeceased by wife, Geanelle; brother, Ray; brother-in-law, Vance; and parents. John’s family would like to thank Homebridge Center and Transitions Hospice. Special thanks to Tara: You went “above and beyond.” Also, many thanks to Nikki Nowling and Melissa Hendren for all the great care you gave him. Again, there’s a special place in heaven for both of you. 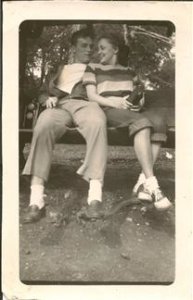